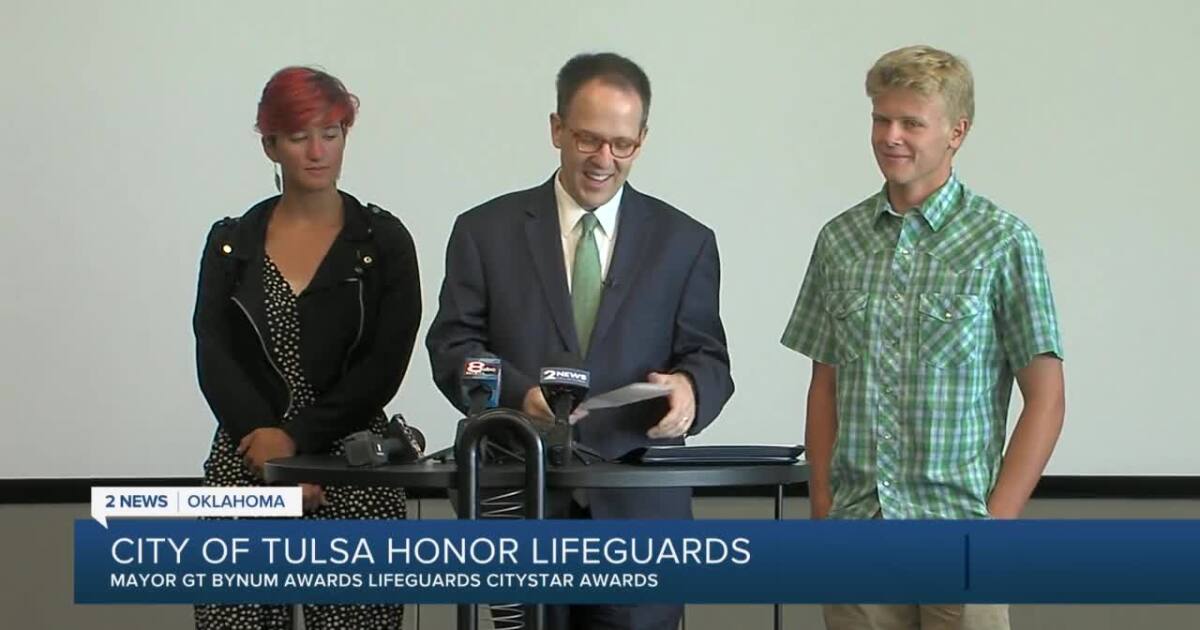 TULSA, Okla.  — A person is alive lately after two lifeguards at a Tulsa pool carried out CPR after he fell subconscious and stopped respiring.

Mayor G.T. Bynum awarded Gus Rolston and Julianna Pope the CityStar award on Monday for saving the person’s existence in a carpark at McClure Park.

On June 19, a person within the car parking zone close to the pool was unresponsive and stopped respiring. The person’s buddy ran to the pool’s fence and referred to as for assist.

“I began giving CPR, I took the masks out, so lets do right kind mouth-to-mouth,” Pope says. “They already had 911 at the telephone, and we did about 8 or 9 rounds of CPR sooner than the ambulance and fireplace vehicles were given there.”

“I were given the defibrillator and sprinted in the market and put the chest pads on him,” says Rolston.

The person in the end began respiring once more, on his personal. Bynum known Rolston and Pope by way of awarding them with the CityStar award.

Each lifeguards say whilst it’s uncommon for them to make use of their CPR coaching, understanding it, may also be the variation between existence and loss of life.

Keep involved with us anytime, anyplace —

Able Participant One gave us the misunderstanding that the Metaverse is...